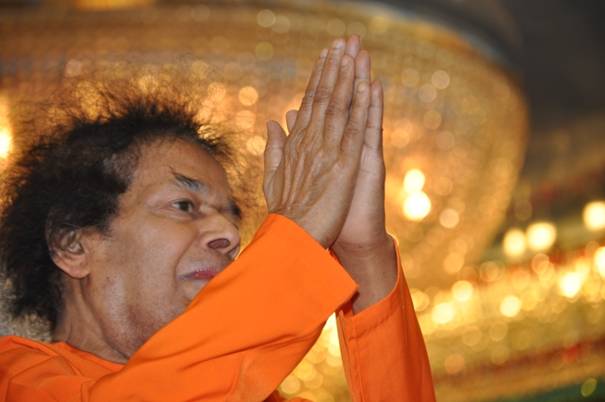 The attached photo was one of the last taken of Swami at the end of His last darshan.  How often have you seen Him putting His hands together in namaskar?

Also, this is an interesting statement on how old Swami was:

Satya Sai Baba had actually fulfilled his prophecy of attaining samadhi by 96 if one goes by the Indian calendar based on nakshatras than by the Roman calendar, claims Mr Philip M. Prasad, a former Naxalite leader-turned-disciple of Baba. Mr Prasad told this newspaper (Deccan Chronicle) that Baba always referred to the Nakshatra Kala Ganana (timescales based on stars) in his discourses and so his age should ideally be calculated accordingly.